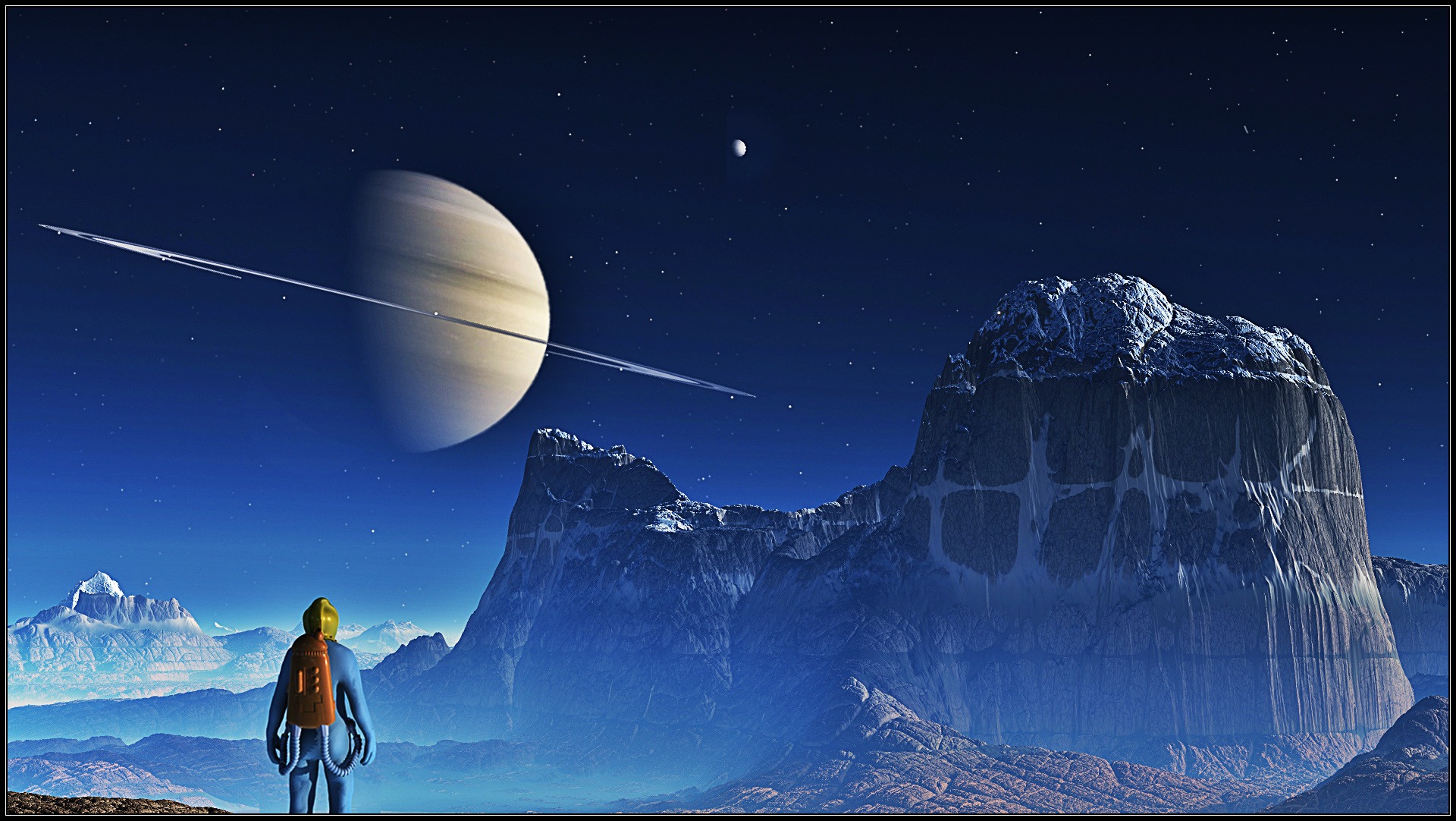 Everything known and unknown is connected to infinity. Infinity is an endless space of darkness, a darkness that is neutral.

The human body is a reflection of the light of the Soul and Spirit that are held in the space of infinity. It is the soul and spirit that create the physical body, which gives it meaning and purpose, a direction in which to move, consciously or unconsciously. As the word suggests the HUMAN BEING is a dualistic energy. The Human is the physical concrete self, the logical thinker, an energy field that can be seen with physical eye’s, whilst the Being is the abstract self, the unseen, the spiritual soul self. The abstract is of the metaphysical world, a dimension where the seemingly empty space of infinity is seen and understood to be anything but by the clairvoyant.

Planet Earth and Mars have been created by universal laws, vibrations and forces that were united and polarised through an act of consciousness, the consciousness of a creative being, whom you may call God. Each planet created in this manner continues to serve under the vibration of love, just as each planet in our solar system continues to send waves of energy that are supporting the vibration of earth through infinite space. This is what keeps the earth in its current position, the universal energies, consciousness. All human beings are from the same creative source, with one intent – to serve. This is done by grounding the higher energy vibrations of the spirit and soul through polarisation of universal light into the magnetic field of earth. It then interacts through the physical body in order to serve others through love, ie we are all receiving the same vibrations into our dense physical bodies so that we can serve!

As the atomic force of universal light passes through the energy field of the Aura of all human beings it decreases into a sub-atomic force, which then passes through the etheric body that reduces the vibration into an electromagnetic field, which is then grounded or polarised by Mother Earth. My understanding is that this is where the thought of Heaven and Earth came from in religious terms. The human being is linked into both i.e. head in heaven, feet on earth, the polarisation of all three bodies, the physical, spirit and soul that is known as LIFE!

The Being of the human being is the abstract part of our psyche. This awareness is not of the concrete world, which is why it is difficult for the logic of the mind to comprehend it’s meaning. This duality, human – concrete, being – the abstract spiritual, are fields of energy that mind itself cannot experience in its totality, simply because the mind ( the left side of the brain) was not designed to function or operate on the higher frequencies of light, it operates through physical light speed, that of the earth’s star, the sun.

The only way any human being can access the infinite possibilities of the matrix is through accessing the abstract by raising their consciousness into the vibrations of the four and fifth dimension light speeds, that of higher consciousness activity. The activation of higher consciousness naturally transforms the Pineal, Pituitary and Carotid glands in the head and throat respectively, into seats of spirituality. These in turn stimulate your higher senses, the clairvoyant, clairaudient and clairsentient. The three higher senses are right brain orientated and operate chiefly through the abstract, but are completely aware of how the mind and the physical being operates, which is the opposite to mind itself, it does not have the capabilities to understand or be present in the expanded consciousness.

As the link from mind (logic) to your higher senses becomes more established (through practical means such as creative visualisation meditation) the logical left hemisphere of mind is being rewired to accept the insights obtained by visualisation and telepathy. Anyone who reaches a point of understanding and acceptance of their higher senses activity has in my understanding ascended towards major spiritual development in their life.

Being means being present in the now where past and future are nonexistent. When being present, your whole being is linked into the void, the field of infinity. This is where you realise that you are all things and yet nothing. You are a spark of light, a ray of love, a being of joy. Within each second that you remain present in BEING you are at one with the creator, nature and the world in general. When present in being you are intuitively aware of all things, but yet there is nothing. When being present your energy field is linked into infinity and you are more sensitive to all things, which is when you might have an intuitive thought or feeling. This is how infinity speaks to you, through intuition. That intuitive thought is a spark of light that comes out from the darkness of infinity to guide you. Do you catch it? Are you listening to the message as the intuitive thought passes through you?

When you hear or feel the intuitive, you may hold it for a moment or two to decide which way to respond. It could also be a feeling that you have, a knowing that something is coming, which will manifest when that moment arrives, and only in that moment. You may also realise that you have to be fully present in order to receive the energy and wisdom of the infinite, because it cannot be manifested and activated into the concrete world unless you are.

There is no time in infinity as is known on earth. The clock of infinity is knowing, the speed is in the now. Enlightenment on earth is obtained when one is fully present in every second of every day, no past or future, just the NOW.